Okay....so my sis and I were talking about sexy older men in the movies (no...we weren't at or in the movies).
I will qualify it by saying men WE think are sexy. You may not agree and that's cool.
This all started cause we were just yapping away and I mentioned my fave guy and we were off!
The thing about all of these guys is that they have aged or are aging pretty damn well. Some of them look a lot better now than they did when they started acting.

Most lists do the top 10 but we decided on a Baker's Dozen. That's 12 plus an extra for good luck. 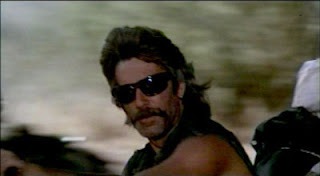 The first one we agreed on was....be still my heart...Sam Elliot! (fans herself vigorously)
Hell I could just listen to the man talk and get a fit of the vapors!
And I watch Roadhouse just so I can see Sam...I cry everytime he dies...like I don't know it's coming. Yes, I know it's sad but what can I say.
Yeah, yeah..this isn't his most recent pic but I like this one. 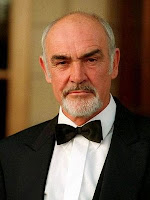 Then of course we thought of ....sigh....Sean Connery. Lawdy, lawdy Miss Claudie! He starts talking and the room gets warmer. I love is James Bond days (what..you think I watch those movies over and over again for the superb acting..as if!) but I have to say the man is still waaaay sexy!

Speaking of hot...can we say Antonio Banderas? Yes we can! Mama can I have one'na dem? 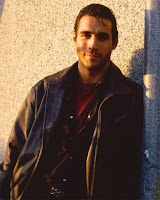 Adrian Paul was next on the list. Some of y'all may not know Adrian. I really don't watch many movies so I first saw him in the Highlander tv series. Yummy! 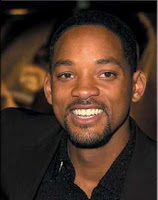 Will Smith just made the cut because he will be 40 in September and my sister was having a hissy fit cause I said he was too young. Not that I don't like Will cause I do but we have to have some rules here.

Next up is Richard Gere. What can you say? Pretty Woman, Officer and A Gentleman...ummmm...Chicago, Runaway Bride (i liked it) and lots of other stuff the man is just sexy. 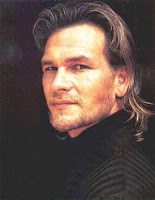 I admit that Patrick Swayze hit this list mainly because of Roadhouse. I love that movie. My roomie totally disagrees but it's my damn list...so there! Ooooo...I just remembered Ghost and how could I forget...Dirty Dancing! "Nobody puts Baby in the corner!"

Ooooo....George Clooney! Oh Brother Where Art Thou! (loved it)....all those Oceans movies and who can forget E.R. The man is total eye candy (as are they all).

Harrison Ford.....two words Indiana Jones. Yep, love those movies.Although I must confess that when I heard he was filming a new one I was shocked. And then there is ....shoot..what's that president movie...Air Force One. I also liked him in Witness and....ooops almost forgot the Clear and Present Danger movies (actually I completely forgot it, my sis remembered). 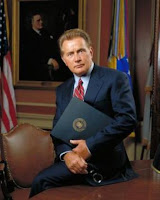 Mmmm...Martin Sheen!Sexy, sexy, sexy! Let's see there's that tv show West Wing but before that....well...all kinds of movies Apocalypse Now, Gettysburg, The American President (OMG! Love that movie...and Michael Douglas should be on here just for his part in that movie!) Oh yes! And Martin gets big bonus points for having those sexy, sexy sons...whew!

Now some folks will not be into Morgan Freeman being on the sexy list. But really the man is FAB!!! And he is over 70, the man is looking dang good!Check him out in Lean On Me, Robin Hood Prince of Thieves, Outbreak (LOVE that movie), Along Came A Spider...the list goes on. 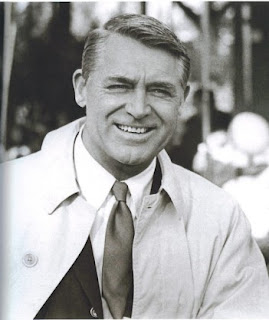 Cary Grant...so my sis said "No dead guys!" but I insisted cause I love Cary Grant movies. So we agreed to include Cary as an honorable. LOVED him in so many movies...The Philidelphia Story, His Girl Friday, The Bishop's Wife, To Catch a Thief and of course the big one An Affair to Remember! (HUGE dramatic sigh!)

Now of course there can be more men on here. I mean I left out Kevin Costner, Micheal Douglas, Keanu Reeves(oooo matrix), Charlie Sheen, Sylvester Stallone(my sister made me add him although now that she has mentioned him I loved him with Swayze in Tango and Cash)...the list goes on.

Feel free to let me know who you would add to the list.

Love, Laughter, Peace and Blessings y'all!
La
Another Random Thought from the Goddess La, Storyteller/Storysinger at 10:28 PM

Unfortunately most of the men on my sexy men list are dead. Mr. Green Jeans, Don Ameche, Ray Milland... I will agree with your number 1 - Sam Elliot. That man is something else.

Graham Greene, I dunno why but that big ol Indian makes me sweat.

Well since I'm a guy, I guess calling them sexy would mean that I'm gay... So I won't do that xD lol. Anyways, I thought you should put the guy from House up there. I mean hes not sexy( maybe cuz im a guy?) but I think hes cool.

Ya left out the "hottest" male in the hottest recent release however...ain't ya seen Samual L. Jackson in Black Snake Moan...yet???